Click Here for This Weeks Episode of  High on Home Grown

[Sticky] The Benefits of Legalising Cannabis in the UK 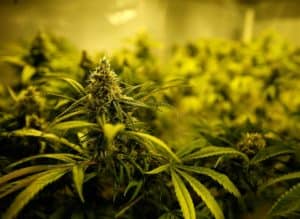 The war on drugs has been a long and gruelling battle, on both sides of the Atlantic. Regardless of numerous polls, public opinion, and scientific input, the UK government still refuse to see The Benefits of Legalising Cannabis.

Of course, cannabis is a drug, and is a public health concern, just like any other drug. But it has been proven to be massively less harmful than other legal drugs, such as alcohol, tobacco, and even synthetic weed.

The most harm caused by cannabis, is the legal impacts for possessing it. It is time to change these archaic drug laws, and move forward with what the majority of the UK want, legalised, safe and sane access to cannabis.

If you have any questions about this article, then feel free to join the discussion in our cannabis growers forum

Cannabis is a popular recreational drug all over the world, regardless of its legality. To legalise it, would take money out of the black market, and create taxable revenue for the government. that is just one of the benefits of legalising Cannabis

Tourism will increase as people from all over the world would come to the UK for a holiday, and smoke cannabis in a relaxed environment.

The black market, makes millions a year, maybe even billions, on the cultivation and sales of cannabis. This is unregulated, untaxed, and unsafe. We can make weed safe, and bring that revenue into our already stretched economy. Imagine having millions of pounds, extra a year to spend on the NHS, schools, and public services.

2: Better use of Police Resources

The police force in the UK has suffered huge cuts over the last decade. Staff numbers are down, and the amount of time wasted on paper work is higher than ever.

Cannabis is far less harmful than other illegal drugs. Legalisation would mean, police resources can be redirected to other crimes. Smoking cannabis for personal use is a victimless crime.

As long as it used responsibly, and regulated to ensure it is clean and safe for consumption, there is minimal risk of damage to the public. Not only does cannabis being illegal force people to turn to the black market, it wastes police time too.

Making cannabis legal, would free up resources, and bring in taxable revenue for the government. The Benefits of Legalising Cannabis are clear to most of the population.

Being illegal, the only way you can buy cannabis in the UK, is via the black market. Sometimes, it can be high quality, as some growers take pride in their work. But on the vast majority of occasions, the cannabis comes from a dealer. A drug dealer does not care about his customer, but just wants to make a quick pay check.

Cannabis in the UK has been treated with all sorts of nasty additives in the past. There was a case in the early 2000's where cannabis was sprayed with a glass like substance. It addded weight to the product, and made it look full of crystals. This was great for the seller, as it looked heavy, and strong. But it was not safe for the consumer. If the UK decided to legalise cannabis, it would prevent things like this happening again.

Weed is easily accessible in the UK, and we need to protect the consumer. We need safe, regulated access to high quality, safe cannabis. It isn't right that people have to associate with criminals, and fund the black market, because they enjoy smoking some cannabis from time to time.

4: A Reduction in Crime

If the UK did legalise cannabis, crime would reduce. A lot of minor crimes are associated with possession or small time cultivation of cannabis. If cannabis was to be legalised, users would buy their cannabis from a regulated, taxed, retailer.

Buying weed from the black market funds more crime. These dealers, will use that money they make from selling cannabis, to buy harder drugs, sometimes weapons, and in worst case scenarios fund terrorist organisations.

Knife crime is on the rise in the UK. Young people, with no hope for the future are turning to drug dealing to make ends meet. These kids are willing to kill each other, over the right to deal drugs in a certain post code. Legalising cannabis would take access to weed out of the hands of these young criminals, and open job opportunities for them via the newly opened job market in cannabis. This is something, many young people would enjoy doing, and we would see the rise of many small businesses.

For a whole new industry to open up in the UK would be a massive boom to our economy and offer hundreds of thousands of jobs in the new sector. From growing, working in dispensaries, bud trimmers, delivery guys, breeders, seed banks. The list can go on! Not to add, the police will have a good percentage of their time back to work on violent offenders.

There are kids dying on our streets over weed. We can control it and make it safer with legislation.

Isn't it time, the government woke up to our cries over drug reform? It is clear to the majority of the public, that the best move forward in regards to cannabis is legislation. Study after study has shown, there is far less impact on society when cannabis is in the hands of a regulated, controlled market. Not in the hands of criminals.

Canada has just legalised for recreation use, many states in America are also making that move. The World Market is leaving the UK behind, and that needs to change!!

It's time to legalise cannabis!

Thanks for reading! You can find more information on anything related to growing in our cannabis grow guides. All of our guides are written by experienced growers, and members of our cannabis growers forum. If you have any questions, sign up. It is free, and we are always happy to help!

Yesterday me pals the misuse of drug act actually got passed the 10 minute proposal thing àt the house of commons , it only went and got passed on to the 2nd jobbie of the prosses wich has never happened before ,its being heard in mid November , This Rona could be good for us percy growers , wasnt a ney heard @cloudy_kitchen Great article. Fingers crossed its a positive result in the referendum. anybody heard of the CANCARD ?

@echo yes, we interviewed Carley Barton on our “High On Home Grown” podcast several weeks ago. She is the driving force to make this happen. Unfortunately Carley is having health issues so the release of Canna Card was slightly delayed I am told.

@monkeydo yeah i saw her video i think she said 30 nov it will release now either way its brilliant first step to unregulation i have tried to donate to the page but it doesnt seem to let me.