Will the UK Legalise Cannabis for Recreational Use 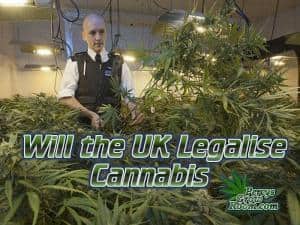 You may have seen in the news today, some headlines like, “UK to Legalise cannabis in 5 to 10 years“, and though this is good to hear, it is unclear, where cannabis users stand with the legality of the drug now. The UK legalised cannabis for medicinal use in October, 2018. Nearly a year since then, and patients who need safe access to cannabis are still having to turn to the black market. So anything the UK government says about cannabis legislation, needs to be taken with a pinch of salt. But why the U turn? And if MPs are

Read more →
Back to Top

The Benefits of Legalising Cannabis in the UK

The war on drugs has been a long and gruelling battle, on both sides of the Atlantic. Regardless of numerous polls, public opinion, and scientific input, the UK government still refuse to see The Benefits of Legalising Cannabis. Of course, cannabis is a drug, and is a public health concern, just like any other drug. But it has been proven to be massively less harmful than other legal drugs, such as alcohol, tobacco, and even synthetic weed. The most harm caused by cannabis, is the legal impacts for possessing it. It is time to change these archaic drug laws, and

Read more →
Back to Top