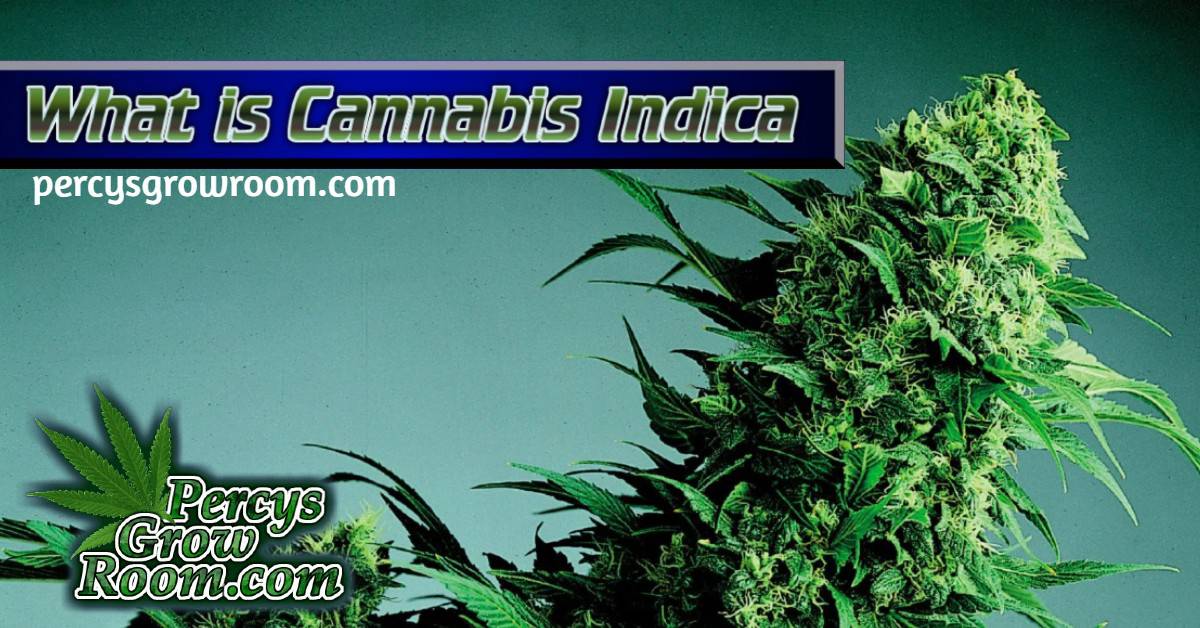 Cannabis Indica is a type of cannabis plant. It is well known for its short bushy appearance, short flowering time, and high cannabinoid production. This guide will focus on indica cannabis plants. Where they originate from, how they grow and what they look like. By the end of this guide, you will be able to identify if a cannabis plant is an indica just by looking at it.

So to begin, we will start with the origins of cannabis indica, and where it came from.

Where do Indica Cannabis Plants Come From?

Indica cannabis plants grow naturally throughout India, Afghanistan, and the Himalaya. In this part of the world day times can reach high temperatures and night times can be very cold. So they have evolved to be very hardy, and can handle temperate climates(1).

Cannabis indica is also found in the Hindu Kush Mountain Range, which is where the famous indica strain gets its name.

When was Cannabis Indica Discovered?

The first publication of cannabis indica was in 1785, by a French naturalist Jean-Baptiste Lamarc. It was considered to be a second species of cannabis because it looked different to the sativa plants that were already discovered by Carl Linnaecus in 1753.

How to tell if a Cannabis Plant is Indica

Indica plants are well known for being reasonably short, with dense branches and broad leaflets. They will also have a short flowering time, and produce big buds with plenty of resins.

Which Cannabis Strains are Indica?

Many strains today will be some part indica. Indica and sativa cannabis strains can be crossed together to create hybrids that display the characteristics of both plants. However there are some old school strains that are 100% indica.

White widow is one of the most popular cannabis strains of all time. It was originally bred by the Greenhouse Seed Company(3).

With around 80% South Indian Indica, and 20% Brazilian Sativa, White Widow has served as a parent to cannabis strains such as, Moby Dick, White Russian, and White Rhino.

This strain also won the Cannabis Cup in 1995(4) so it truly is an old school classic.

Northern lights is a pure 100% indica strain. It apparently originated out of Seattle in the USA, but it was made big by Sensi Seeds in 1985.

It has a very fast flowering time that can be completed around 50 days from the first sign of flowers.

Northern Lights has been the back bone for many famous cannabis strains. Most notably being Super Silver Haze.

Hindu Kush is a pure Indica strain that is named after The Hindu Kush Mountains that stretch throughout Afghanistan, Pakistan and Tajikistan.

This is the same area which the indica variety of cannabis originated. Including Hindu Kush.

Plants grown in high altitudes get hit with more UV from the sun. So as a defence the plants produce excess resin as a sunblock.

How Long Do Indica Plants Take to Grow?

On average a cannabis plant will take around 16 weeks to grow from seed to harvest. This gives around 2 weeks for the seedling stage, 4-6 weeks for the vegetative stage, and then the flowering period. The flowering period of cannabis plants will differ from strain to strain. But most indica plants will be ready for harvest around 60 days ( 8-9 weeks) from the first onset of flowers.

The vegetative stage can be extended by keeping the plant under 18 hours of light a day, until you’re ready to flower it. But once the flowering process has started, the plant is on a time limit to complete it. When grown outdoors, a cannabis plant can be in its vegetative stage for months before flowering beings. When the days get shorter, and autumn approaches, the plants will start to grow flowers. Around 8-9 weeks after, they should be ready for harvest.

When to Harvest Indica Cannabis Plants

When grown outdoors, indica strains are usually ready for harvest at the end of October, or early into November. Of course when growing indoors it will be around 10 weeks after you have flipped your lights to 12/12. Indica cannabis plants will be ready for harvest around 60 days after the first onset of flowers. But this is only an estimate. Each plant will differ slightly, and so will each strain.

To get the best idea of how close your cannabis plant is to harvest, you need to check the trichomes on the buds. When the trichomes are all milky/opaque, the THC is at its peak, and you can harvest soon. Check out this guide for more information

If you harvest and indica cannabis plant at the right time, it will express a strong body stone, known as couch lock. Indica cannabis plants produce a lot of THC, and have a huge terpene profile. Because of these factors, indica is very popular for cannabis users. They are also strong which means you don’t have to use as much to feel the effects. They also have some great flavours and are often enjoyed for their fruity taste and sweet aromas.

Is Indica good for Sleep?

Yes. Because of its terpene profile, and high cannabinoid content, Indica dominant strains are often used to treat insomnia.

Can Indica Cannabis Cause Anxiety?

Yes, any cannabis can cause anxiety. This is mainly down to immature THC, or the user ingesting too much. Make sure your cannabis is from a reliable source, and use it wisely, and you should not suffer with anxiety when using cannabis

Are Indica and Sativa really different?

There has been a debate since the 1970s on whether indica and sativa cannabis are different. They are both from the Cannabaceae family of plants. But they both show different characteristics both in how it grows, and the medicine it makes.

Indica is one of many different types of cannabis. You can tell the difference from how the plant looks, and the effect it has on you when you use it. They will flower quickly, and take up less space than sativa cannabis plants. They will also produce more cannabinoids. Because of the quick flowering cycle, Indica dominant cannabis plants are preferred by most indoor growers. If you are new to growing , it is highly recommended you start with an Indica dominant strain.

1 thought on “What is Cannabis Indica”