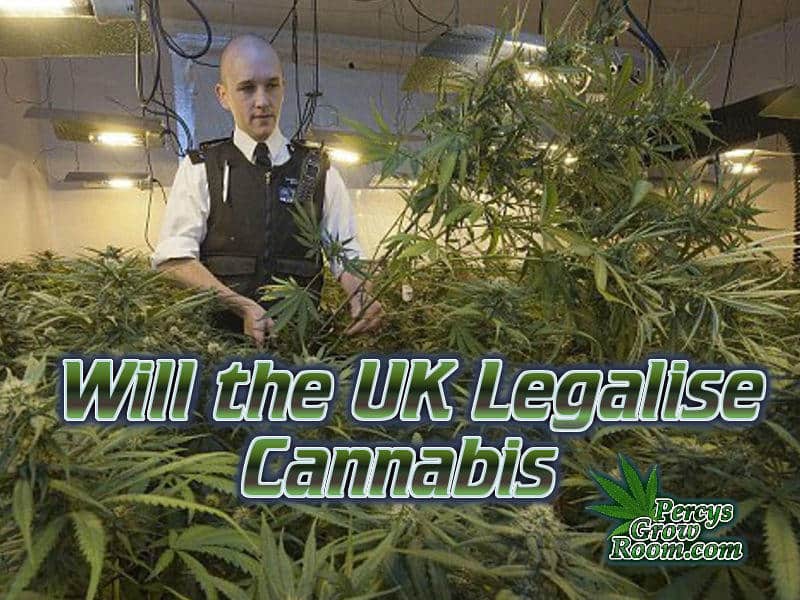 You may have seen in the news today, some headlines like, “UK to Legalise cannabis in 5 to 10 years“, and though this is good to hear, it is unclear, where cannabis users stand with the legality of the drug now.

The UK legalised cannabis for medicinal use in October, 2018. Nearly a year since then, and patients who need safe access to cannabis are still having to turn to the black market. So anything the UK government says about cannabis legislation, needs to be taken with a pinch of salt.

But why the U turn? And if MPs are happy for cannabis to be legalised in the UK in 5- 10 years, why are they not happy to do so right away?

What do you think? Will the UK legalise cannabis for recreational use soon? Join the discussion in our cannabis growers forum

Will the UK Legalise Cannabis

Cannabis is already legal to some extent in the UK, but acquiring it is still very difficult, unless you turn to the black market.

With legalisation of cannabis happening all over the world, there is no doubt the UK is feeling the pressure. There is a massive market waiting to open in the UK, and the economy could do with a boost.

Politicians are very influenced by money, and they can see how much money is to be made, and saved by legalising cannabis. So it is sure to happen eventually. But to what extent?

UK Legalised Cannabis for Medicinal Use

Cannabis can now be prescribed on the National Health Service, for patients who need it, but, there are no doctors in the UK licensed to prescribe it.

On the surface it may seem as if the UK is moving forward with the world in their view of cannabis, but that is not the case.

To legalise cannabis, but not give access to it, causes confusion to the public!

It also sends people who now want to try medical cannabis to drug dealers, instead of a licensed pharmacy.

Patients who need cannabis, now have to travel abroad, or buy cannabis extracts online to acquire their medicines.

When cannabis is brought into the country, it can be seized by customs. This leaves a patient without medicine, and no way to acquire it in the UK other than the black market.

The UK is the biggest exporter of medical cannabis in the world, selling 42% of the world supply. The government have recognised it as a medicine for a long time, so why it is still unavailable to people who need it?

UK Legalise Cannabis for Recreational Use

Another difficult situation. To some extent, cannabis is decriminalised in the UK, but it depends on the officer that finds you using it, and where you are using it. Some people say:

A small amount of personal cannabis, being consumed at home, is no problem, and the police will not prosecute you.

This is not True!!

If an officer decides to, they can enter your home and search for drugs even if they only smell cannabis. You can be arrested, cautioned and prosecuted, no matter how small the amount is.

Because of the constant changes to the law, and what “class” drug cannabis is, most people are confused about its legality.

Let’s be clear, recreational use of cannabis in the UK is still illegal! And considering anyone who needs it for medicine can not get it. Anyone in the UK right now, using cannabis, is doing so illegally.

This will change though, with Britain soon to leave the European union, the economy may suffer for a while. Companies are already leaving the country, and many thousands of job are being lost.

Legalising cannabis will bring a whole new industry to the UK, and with it, will come thousands of job, and thousands of new business opening up all over the country. It will be a massive boom to tourism too!

Will the UK Ever Legalise Growing Cannabis

This is open for debate, and again to some extent, growing cannabis is already legal in the UK.

A police force in Durham, decide they would no longer hunt for small time growers, and only interfere if there is a complaint about the grow. They are even aware of some growers in their county, but turn a blind eye, as they are growing for medical uses.

Will this ever happen nationwide? We hope so! Growing cannabis is an amazing, therapeutic hobby, and a great way to provide yourself with cheap, clean safe cannabis.

If the UK does legalize growing your own cannabis, it will probably be done by licensing the grower, and charging a fee for that license.

They will also want you to be on a register, and have permission to check on the grow at any time to ensure you are under the legal limits and growing safely.

What Do You Think

Let us know what you think in the comments below, or sign up to our cannabis growers forum to join the discussion, will the UK Legalise? If so, how far will it go? If not, why not?

My prediction is that cannabis will be legalised for recreational use within 18 months of writing this post. There will be Cannabis Clubs, dispensaries, and Coffee Shops all over the country by the end of 2020.

10 thoughts on “Will the UK Legalise Cannabis for Recreational Use”